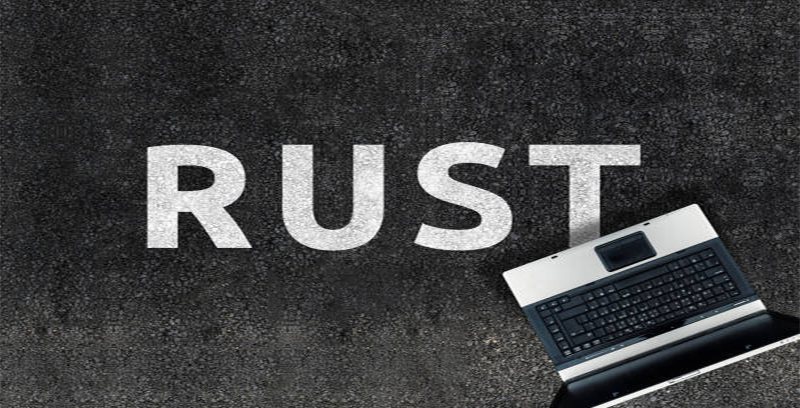 Rust Has a High Demand, But Where Exactly is it Used?

For anyone who has taken to the usage of Rust, it’s most likely not a surprise that the programming language has been Stack Overflow Developers Survey’s most beloved programming language for a staggering six years in a row. If you go through the results, you will find that it is used by roughly 7% of the survey’s participants. The numbers might seem low as compared to some of the more popular languages like C, Java, Python, but considering how Rust was launched in just 2010, they are impressive nonetheless.

As Rust continues to grow by the year, so does the fascination of many developers and businesses. What is the reason behind the increase in Rust’s demand? And where is the language applied the best?

Rust was designed by Graydon Hoare at Mozilla Research as an answer for safe, fast, and reliable programming that also offers great concurrency and parallelism. It is a multi-paradigm language, used for a host of applications and does so with simplicity and elegance. Although syntactically similar to veterans like C and C++, Rust is much better at tackling modern problems like memory safety and multi-core computing.

So, what’s the attraction?

Saying that Rust’s speed is comparable to C, the fastest language in the world today, is not an exaggeration. This is because Rust does not employ any runtime as it writes to machine code, and optimises memory safety sans garbage collection. Those, along with optional reference counting make Rust an ideal language for complex, critical services and running on embedded devices.

One of the biggest assets Rust has in its arsenal is guaranteeing automatic memory safety by validating references using borrow checker. It also ensures thread safety by leaving no data traces. The entire code is scanned at the time of compilation so that you can get rid of entire classes of bugs and errors.

Despite the fact that Rust has a steep learning curve and compromises on simplicity, it is incredibly efficient once you get used to it. It offers zero-cost abstractions, has brilliant documentation, a friendly, yet quick compiler, and many useful tools to help facilitate code smoothly. Rust is also one of the few languages that can handle multi-core programming – concurrency and parallelism with ease.

What you can do with Rust

With a dynamic ecosystem, convenient maintenance, and easy refactoring, Rust allows you to build great CLI tools quickly. There’s no runtime or no need to install libraries since the code is compiled down to a single binary. Guaranteed memory safety also increases the testability of the code, making it easier for you to catch and rectify entire classes of bugs and errors.

Given how Rust is a multi-paradigm language that is only growing bigger and bigger, it only makes sense that it caters to web application developers through its support of WebAssembly. It’s an excellent low-level language with predictable performance. The elimination of garbage collection and JIT compilation to save time, along with the addition of developer-friendly features like zero-cost abstractions and accessible libraries makes it ideal for web development. Also, the code size is fairly small, which means the page loads faster, enhancing the user experience.

Reliability and multi-core programming are essential when building server apps. Your network services need to be lightning-fast, super secure, and should be able to scale back and forth. Rust looks after all of these factors, making it a great choice for networking.

When there is a programming language that offers speed, safety, and versatility, the demand naturally increases. Currently, Rust is employed by a plethora of companies all around the globe as a fast, low-resource, cross-platform solution for everything from embedded devices to scalable web services.

Rust is a very modern, go-to programming language that seems to have it figured out as far as systems programming is concerned. As more and more businesses are getting attracted to Rust for a host of services, the influx of Rust developers is also increasing. Seeing as how the future of the language looks quite bright, the demand will only grow further.

E-mail us at sales@startelelogic.com OR

For more information on our services, please

Unified communications as a service (UCaaS)

Cloud Telephony is a technology referred to as hosted telephony that runs through your internet connection. It is a technology that takes your business phone system to the cloud. It provides a faster, more...

What is WebRTC Development & How does WebRTC works?

WebRTC is the latest technology in peer-to-peer or multiparty communication through web and mobile applications. Requiring no external software, having WebRTC based applications let your business incorporate features...

What is Rust and why is it so popular?

Who would have thought that when Rust was released in 2010, it would take the programming world by storm? Well, it did, and there’s hard proof. According to Stack Overflow’s Developer Survey, Rust has been the most...