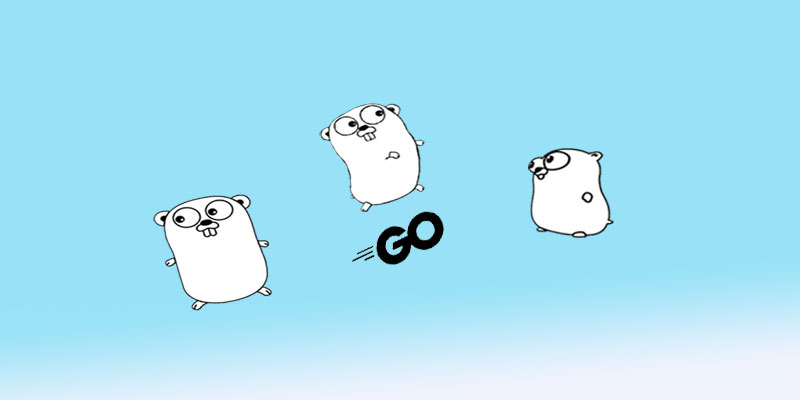 Your Businesses Needs a Golang App. Here’s Why.

It’s no secret that a powerful application is more than a want in today’s day and age. It is an absolute need. Especially since most of the developed population is an active internet user, Whatever the industry may be, businesses have to maintain an online presence, and they need to do it in a way that is uplifting for both them and their users.

So, for anyone unfamiliar with Go, the question begs, why Go? There is an ocean of programming languages to choose from, after all.

Go has loads of helpful features

The reason behind Go’s meteoric rise and acceptance in the software developing world is that it is efficient for both the engineer and the client. It is an easy-to-learn, open-sourced language making it cheaper to get the project done as there is no additional software to be downloaded. On top of that, the applications themselves are incredibly dynamic, high-performing, and great for big projects.

However, let’s take a deeper look at Go’s standout advantages.

Go is fast, clean, and reliable

To start with, Go is a statically-typed language like C/C++, and is compiled to machine code. It needs no interpretation whatsoever upon launch, as opposed to languages that use virtual systems. Thanks to this, Go boasts of lightning-fast compilation, which ranks much higher than industry giants like Java and Python.

Another thing that makes go great to work with is its simple design. It is easier to read and track the written code. The over-arching quality of the code is often quite high because of nifty tools like Golint, Gofmt, and Govet.

Golint uses Go’s directories and constantly makes suggestions to the written line of code. When used to its potential, Golint can bring vast improvements to the project.

Gofmt formats the source code, which makes it easier to read. It might not seem like a big deal at the time of coding, but it’s a huge convenience while fixing and maintaining the application.

Govet holds the capability to detect entire classes of bugs by running a series of tests, each tailor-made towards a particular class. Developers have an easier time resolving bugs and making a stable application.

As scalable as you want

While languages like Java use what are called threads, Go employs Goroutines. Goroutines are significantly lighter than threads as they have no overhead memory. However, what really makes Goroutines great is that they handle concurrency and parallelism to a tee. They communicate through channels, work on multi-core processors, and are good for multiple functions.

Goroutines grow and shrink in any direction according to requirement. What this means for applications is that the scope for scalability is virtually endless.

Handles the present and the future

Go is a programming language of the modern world. It was conceived only in 2007, after all, with the idea of tackling current software engineering.

Go has proven itself as it is already under use at many global giants for various functions. These companies are not only using Go for traditional services, but also bringing Go code for machine learning, cloud computing, and IoT.

Where Go shines the brightest

Google has invested a good amount of time and resources in Go. Due to their efforts, Go is now considered a jack-of-all-trades programming language. According to Go Developer Survey 2020, the most widely used area in which Go was used turned out to be Web Programming, followed by Databases and DevOps.

Here are some of the functions Go works best for:

How Golang compares to other languages

Go is faster than Java as it is compiled to native code. It has better support for concurrency and is much better employed for cloud solutions.

Go is exponentially faster to compile and execute than Python. It is also more powerful, better at maintaining the code, and courtesy of Goroutines, has better scalability.

Both Go and C++ are statically-typed, but the former is much simpler and compact. Code written in Go is cleaner, mostly due to in-built features like the Garbage Collector.

Being a leading communications solutions provider, StarTele Logic provides Golang development services. If your enterprise is interested in developing a Golang application, get a free demo of our tech services.

E-mail us at sales@startelelogic.com OR

For more information on our services, please visit: https://www.startelelogic.com/

There is a reason why we are witnessing a plethora of new mobile applications every day. That’s because mobile is the most used platform in the world today. Almost every single person around you is packing a smartphone...

Why Go for Go to Build Server-side Applications

Go just might be one of the more dynamic languages to come out in past twenty years. It’s simple, fast, and reliable, and seems to be growing continuously as the years go by. Even though Go is an incredibly versatile...