Every conclusion has an argument as its source, with a clear and well-defined winner. However, we might as well encounter certain arguments where we aren’t sure of who the winner is. One such very prominent argument, the entire techie world is quite familiar with is the iOS vs Android argument.

Talking about iOS 13, its availability is made sure for the very first time in a beta version. Also, right now this version is only applicable to usage by the iPhone app development company. General users would have to wait till July if seeking to use it.

Now coming back to Android Q, it has already gone through four beta stages and has been quite in the scenario for four months now. Even after this, Android Q’s final release is being postponed by Google.

Honestly, one of the most productive businesses in recent times is developing mobile applications. This is lucrative for both the iOS app development company and android app development company. Of course, having said and done all that, let us take a quick view of the section below, and decide on which Operating system scored fair in the long run.

Google Assistant or Siri? Apple would obviously score a brownie point here for introducing voice assistant Siri to the world, way back in 2011. However, Apple can’t be really given credits for the development it has done over the years.

Now, with this latest iOS 13 upgrade, Siri is updated with a new robot voice that would be much known for picking up exclusive tricks like searching for WatchOS on the users’ Apple Watch and instantly responding to a wide range of incoming messages using the users’ AirPods, in addition to streaming of several radio stations. Moreover, this latest iOS 13 version would also have quite a few inbuilt Siri Shortcuts. 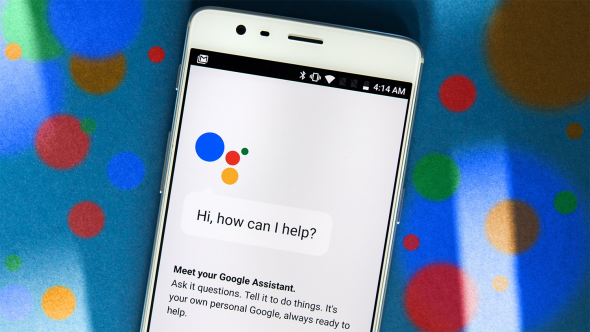 However, even after all the above, Siri cannot be a competition to the Google Assistant that clearly recognizes and differentiates voices and several commands. In fact, Google Assistant completely takes over everything that the user does on their smartphone and in fact, be an active participant to make certain recommendations with reference to users’ calendars and Gmail accounts for making reservations and also appointments. Siri’s performance goes underneath, the reason being its limited database which is off the internet, whereas Google tops search engine.

Talking About the Privacy Issue: For Apple, privacy has been always the prime point of concern, irrespective of any of its products. Their business primarily churns out revenues from the hardware, apps, and services that they offer to their customers. However, over here, Google can’t really increase the privacy boundings as the major source of revenue is mainly affixed to advertisement business, which in turn is the basis of what the end-users search for and of course, depending on this data, the videos they are hooked on to.

A recent announcement by Apple stated that regarding privacy matters, it would be accessing more control in the hands of its customers. This is in particular reference to location permissions on apps, a new sign-in method and a mandatory ‘Sign in with Apple’ option on their products. It needs no mention, but every iPhone app development company is eyeing on this now. Talking of Google, Android Q, would be also ensuring its end-users with more access over the information that they share through various mobile apps and online services.

But since, Google cannot lift a finger regarding their privacy issues, owing to revenue generation, Apple iOS is clearly the winner in this case while being at par with the privacy matters.

Dark Mode: Here also, Apple is a score ahead since they were the first ones to initiate dark mode primarily on their desktops and making it visible in the Mac OS Mojave in 2018. With this iOS 13 update, Apple is yet again introducing another dark theme, uniformly applied across all over wallpapers, widgets, notifications to calendars and messages, etc. 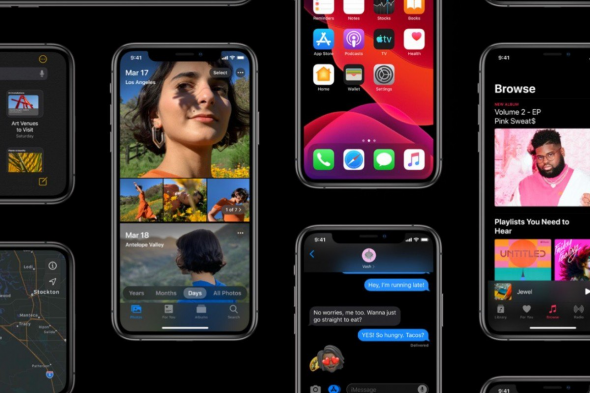 Turning back to Android Q, it has also launched its recent system, i.e. a wide dark theme, and from the settings, this theme might be enabled all the time or just at night.

Photo Feature: Google is quite prominent in offering services to its customers, listing features like taking pictures, editing images and sharing photos. These features have their source in the combination of flawless backup functionality with perfect photo-sharing features and easy-to-use image editing tools that creates the best pictures. Google, in fact, gives the first 15 GB of online data storage free when compared to Apple, which only gives 5GB.

Now talking of Apple Photos, these speak of editing tools, which states of the ability that would adjust the intensity of portrait lighting using a slider. It is unparalleled at detecting different faces, objects and also scenes, thus helping the users to sieve through the pictures. But the worst part of the story remains that most of its power is only restricted within Apple’s users.

To sum up, economically speaking iOS app development companies have gained new momentum in the recent past, thus leaving its impact in a wide variety of industrial spaces.

So, as stated in the prior part, the winner clearly remains undecided. Also, if you want to hire for the best android app development company in Noida, India, get in touch with StarTele Logic, where we boast of creating Android Apps, capable of doing your business.

Read also: Android Vs iOS: Which One is Superior for App Development in 2019-20?