The recent times depict that its almost essential for every business to opt for the right framework for a new JavaScript system, an application or a website. This might have a direct impact on the project’s duration and ability with particular reference to meet deadlines, maintaining code, and expansion of the future app.

Now, explaining the title, ReactJS is a product by facebook for creating active user interfaces. It’s basically an open-source JavaScript library, based on JavaScript and JSX (a PHP extension). Also, the ReactJS development company mainly deals with the development of transformable HTML elements for front-end development.

Talking about Angular, this is also an open-source front-end development framework backed by Google. This one is listed in MEAN stack and found to be compatible with several code editors. Basically, AngularJS development services are resorted to while creating dynamic websites and web apps. Even if its most recent stable version is Angular 7, Google yet supports the usage of its first version, AngularJS.

So, now the question pops up. Hire ReactJS developers or go for AngularJS development services?

Let’s go through the comparison between these two front-end development options:

This scene is not the same while considering the ReactJS web development company. Reactjs enables you to pick up easily and create an app in the React ecosystem if you are a JavaScript pro. ReactJS is a platform wherein several resources, full of utility are available for newcomers to get acquainted with the framework and look forward to the development of an application, in spite of frequent updates being rolled out.

On the contrary, opting for an AngularJS web development company would offer you restricted freedom and flexibility. For instance, the biggest example is the Angular 7 which provides the user only with Angular components within different frameworks and in-built codes in an HTML-based application.

Now, considering the case of an Angular mobile app, the approach is of two-way binding. This approach ensures the automatic change of the state of the model with any change in the UI element and vice-versa.

Here, while Angular’s approach seems a lot and impactful, React’s way ensures superior and smooth data while dealing with a larger app project. Thus, here also React gets a clear win over Angular.

A quick view of the benefits of both the Javascripts:

Thus the factors mentioned above would help you to churn out the most suitable right front-end development framework for you. 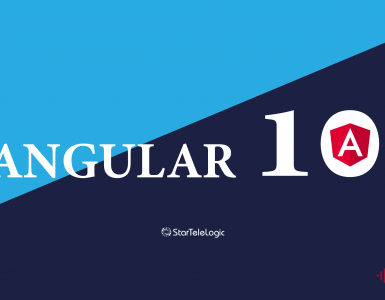 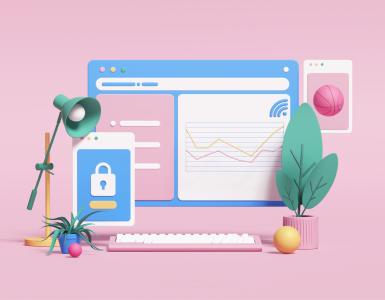 Whether you want to enhance the productivity and speed of your business internal operations or give your customers a memorable experience of your brand/product/service, you will need an application to do any of...